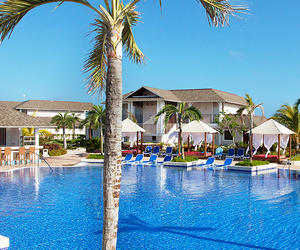 The construction of hotels will begin in Villa Clara in the coming days, with the purpose of meeting an ambitious investment plan for the celebration of FIT-Cuba 2018 International Tourism Fair.

Dedicated to the modality of sun and beach, the 38th edition of the event will be based in Santa Maria key and the UK as guest country.

Regla Armenteros, tourism official in the province, told ACN that they are in the process of beginning to build the Florida and Floreale hotels in the city of Santa Clara, the Cosmopolitan in Camajuaní; Bauza and Leyenda, in Remedios; Comercio, in Caibarien and the Hotel Sagua, in Sagua la Grande, all under Encanto brand and four-star category.

The Central Hotel will be reopened soon, and the number of rooms and recreational areas will be expanded in the hotels La Granjita and Los Caneyes, according to the local newspaper Vanguardia.

These facilities will contribute to the development of tourism with local heritage values and, together with the strengthening of the entire non-hotel network, will require repair, signaling and lighting of roads and other works for the resuscitation of museums, theaters and cultural and gastronomic centers and other services.

In Santa Maria key there are several hotels under construction and they are progressing to conclude the 10,000 rooms planned in that area, where the tourist product is in the process of being renovated.

The installation of desalination plants and the correct handling of solid and liquid wastes are included in this project.

Visitors to the FIT-Cuba 2018 will also know about the construction of a five-star hotel, in Esquivel key, north of Sagua la Grande, where there is colossal tourist potential. (acn)

US Companies Urge Trump to Maintain Travel to Cuba