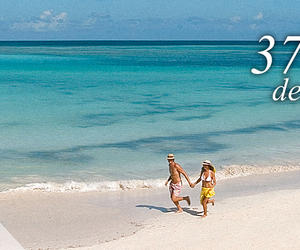 Cuba’s Tourism Minister Manuel Marrero Cruz toured on Tuesday the streets of Holguin to evaluate the construction process in that eastern city in preparation for the International Tourism Fair (FitCuba 2017).
This year’s fair, dedicated to Germany as guest nation, will be held from May 2nd to the 6th at Playa Pesquero Hotel and coinciding with the Romerias de Mayo cultural event organized by the Hermanos Sainz Association as a chant to tradition and modernity.
Marrero told the press he is satisfied with what has been developed so far and stated the necessary orientations for the successful outcome of the event.
The construction of the Bodeguita del Medio Restaurant in the historic center of the eastern city is aimed at promoting traditional Cuban food. Work is also underway like the reparation of the covers, remodeling the spaces, atmosphere, replacement of equipment and furniture are some of the actions underway in Holguin to benefit the hotels belonging to Islazul hotel chain like Pernik, and the Mirador de Mayabe.
Some other actions underway is the opening and revival of hotel, cultural and recreational installations in the tourism complex and in the coastal municipality of Gibara which was founded 200 years ago and which will be inserted in the Fair as a new tourism destination in Cuba due to its authentic heritage values.
Marrero recognized in recent statements to ACN that Holguin is one of the regions that has achieved an impact in the different international markets and added that this is the reason why the International Tourism Fair will be held in Holguin. (acn)

Cruises to Cuba on the rise